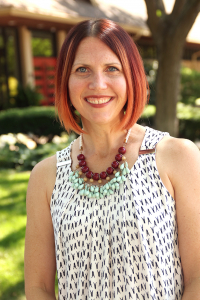 Good afternoon, friends! Yesterday we began a brand-new sermon series called Face to Face. Sunday’s sermon explored God’s revelation of himself to Moses alongside insight into Moses’ character. For instance, when God visited him at Sinai, Moses was washed up, skeptical, and had escaped notoriety by hiding in the wilderness for 40 years. He also did not feel equipped to do the seemingly unassailable task God called him to. Spending time in the life of Moses made me think about a couple of resources, I would like to share with you.

First, a podcast called 40 Minutes in the Old Testament comprises two down to earth Old Testament scholars, Chad and Daniel, discussing the OT chapter by chapter. In the Exodus series, every 40 minute podcast provides new insights into the life of Moses from his inquisitive nature to Christological foretelling’s. If Sunday whet your appetite to learn more about this OT prophet, this is a great place to start!

Second, Christian History Almanac are 5 minute podcasts exploring sinners and saints (not unlike Moses) throughout history who have made an impact on the church. The speaker tends to conclude episodes with great poetry and this reminder: “The Rumors of grace, forgiveness, and the redemption of all things are true. Everything is going to be ok,” which somehow never fails to bring comfort!

Finally, and somewhat tangentially, A Woman of No Importance by Sonia Purnell is the harrowing true tale of an American spy named Virginia Hall who had a significant impact during WWII. She lost a leg because of a horrific accident and still climbed the Pyrenees Mountain range. Reminiscent of God using imperfect unimportant people like Moses, a one-legged woman named Virginia made an enormous impact, while remaining undetected. She also befriended and put to work the unsuspecting, giving even a prostitute heroic purpose in her mission. She was understated. Her work was subversive, redemptive, and brave.

I hope in this very lengthy season of uncertainty and questioning about our purpose, at least one of these resources can be encouraging. Please feel free to share what’s been encouraging to you in 2020!

Bible in One Year Conversations [VIDEO]
Scroll to top